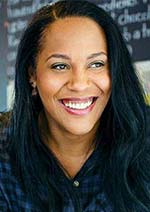 Joanne is the owner and head baker of The Gingered Peach. She graduated Rutgers University with a BA in economics and an MBA in marketing in process.  She spent 5 years in restaurant management and 3 years in corporate operations before taking the plunge and starting my own business. A self-taught baker, she studied and baked from home, perfecting recipes until she felt they was ready. Joanne started her business is 2012 in Ewing, NJ before moving her successful bakery to Lawrenceville, NJ in 2014. Joanne and her husband Matt and their two children, Zoe and Greyson, are proud residents of Lawrenceville, NJ.

“I want to draw more local attention to an organization supporting the Arts. Being in the culinary arts field, I think it’s important to engage children and young adults in creative imaginative thinking and motion. Plus, I think doing something out of my comfort zone is super exciting!”

In 2012, Lew Gantwerk retired from his position as Executive Director of the Center for Applied Psychology at the Graduate School of Applied and Professional Psychology at Rutgers University.  He and his wife, Barbara, have lived in Princeton Jucntion for over 40 years.  They have two married daughters and 5 grandchildren – (each of Lew’s daughters has twins)!   Lew is currently a member of  OnStage Seniors at McCarter Theater – a group of people over 55 who do Documentary Theater and perform at senior residences, community centers, libraries, prisons and other institutions throughout the central New Jersey area.  He recently performed as part of the Community Ensemble in McCarter Theater’s production of A Christmas Carol.  Lew has been a long time participant in and supporter of the performing arts.

“I am so excited about this opportunity to contribute to Young Audiences mission of spreading involvement in the arts to such a diversity of potential new audiences and artists.  How cool is that!”

Dr. D. A. Graham formerly the Director of Human Resources at the University of the Sciences in Philadelphia, is the Vice President, Global Integrity Leader at Nielsen Company. He is responsible for overseeing, coordinating and facilitating the identification, documentation, reporting, investigation and resolution of employee concerns.

D.A. has more than 15 years of experience as a facilitator in the resolution of complaints, appeals and internal grievance processes for employee/employer issues. He has worked to resolve issues between parties through various types of mediation processes. He has designed and taught numerous courses and workshops on communication, conflict engagement skills, diversity and accountability at multiple universities and for/non-profit organizations.

D.A. is founder of DNA Consulting an organization whose focus is on human performance improvement in the world. He is Founder, Master Facilitator and Mediator of the New Jersey Intergroup Dialogue Coalition in Trenton, NJ. D. A. served as the Ombuds Officer at Princeton University and Ombudsman at California State University, San Diego. He was a Navy Chaplain serving in the Far East and deployed during Operation Iraqi Freedom. D. A. has developed a number of innovative outreach programs for community relations in over six different countries.

D.A. is a member of the Trenton School District Board of Education and Vice President of the Board for The Trenton Children’s Chorus.

“I believe the arts are a big part of the answer to many of the problems in inner city public schools. Personally, I would not have been the first person in my immediate family to graduate college were it not for a publicly funded arts program.  And I have seen, first-hand, ‘at risk’ public school children transform their limited opportunities into bright futures as a result of participating in programs like Young Audiences and I’m honored to have the opportunity to stretch my comfort zone to support.” 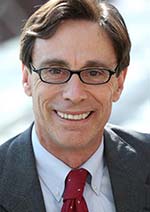 After working in Washington on the staff of U.S. Senator Edward M. Kennedy, and in New York for the Ford Foundation and National Coalition for Haitian Refugees, Mark Murphy arrived in New Jersey in 1985 as a Roothbert Fellow in Peace Studies at Princeton’s Woodrow Wilson School.  Obtaining his Masters degree and teaching Human Rights and U.S. Foreign Policy there, Mark has served the Wilson School on its Advisory Council and as Chair of alumni giving.

Mark’s service to New Jersey includes helping shape Governor Tom Kean’s welfare reform program at the Department of Human Services, chief of staff to the 1990 State Legislative Redistricting Commission. Chair of the State Office of Dispute Resolution, and founding Chair of the Council of New Jersey Grantmakers.  Over the course of twenty years as Executive Director and President of the The Fund for New Jersey, Mark helped found over twenty organizations working to enhance life in New Jersey.  He is editor of Agenda New Jersey, a compendium of expert policy reports covering Campaign Reform, Fiscal Responsibility, Better Schools, Strengthening Families, Saving Our Land and Water, and Building Our Cities.

Mark is a senior policy fellow at the Bloustein School of Planning and Public Policy at Rutgers, The State University of New Jersey, a W.K. Kellogg Foundation national Fellow, and a proud member of Lead New Jersey’s Class of 1991.

“As the son of a professional artist, I grew up surrounded by creativity, and my own expectancy that any play of light and shadow was an opportunity to explore further. All children deserve this sense of wonder in their eye and accomplishment by their own hand.  And so I am pleased to join with Young Audiences in their efforts to extend these vital experiences to so many in our bi-state region!” 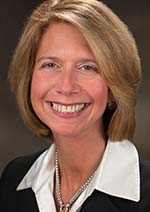 Prior to her time at the NJBIA Michele served as the “number two” agency representative to support the Governor and Commissioner of New Jersey’s Department of Environmental Protection and was the President and CEO of the Mercer Regional Chamber of Commerce. Michele graduated from Rutgers with a BA in Political Science and German and received her Juris Doctor from Temple University School of Law. She serves on many advisory boards and including Investors Bancorp, Inc. AAA Mid-Atlantic, and the Mid-Atlantic Foundation for Traffic Safety. Michele is involved in many civic activities and volunteers her time serving on numerous boards including Mercer County Community College, YWCA Trenton, Girl Scouts of Central and Southern NJ, Trenton Public Education Foundation and American Conference on Diversity, to name only a few.

“When first asked about being a “Dazzle Dancer”, I just laughed and said “you’re kidding right”. Then, with my new found knowledge of the depth and breadth of Young Audiences’ programming and the passion they have for their mission, how could I possibly say no. I am thrilled to be stepping (well dancing) out of my comfort zone to support the great mission of Young Audiences. Let’s Dance!”