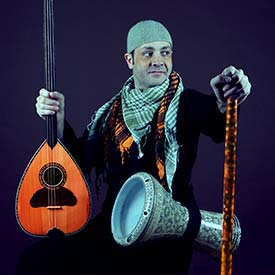 Karim Nagi is a life long advocate of the Arab performing arts, and for the embracing of diversity in the American school system. His music and dance provide an uplifting new narrative, representing the ebullient and welcoming nature of Arab & Muslim people. The Arabiqa program arose from the need to counteract stereotypes and prejudicial biases against people from the Arab & Muslim worlds here in America. Whether these biases spawn from media defamation, orientalist caricature, political inequity, or just simple unfamiliarity, Mr. Nagi seeks to familiarize and re-define. Arabiqa has conducted over 400 school assemblies in the USA alone, helping to introduce young audiences to his culture through the joyful and inclusive power of music and dance. If we can play music and dance together, then we can also be friends.

Karim Nagi is an Egyptian American performing and teaching artist. He specializes in Arab music and folk dance, and has been touring and recording for 25 years. He has presented on 5 continents, performed in over 400 schools, recorded 16 albums, conducted 15 Arab Dance Seminars, and written a play. He is currently the first Arab and Muslim board member of Chamber Music America. He also has a TEDx Talk on how he uses music for both cultural diplomacy and to disrupt negative stereotypes. 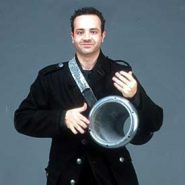 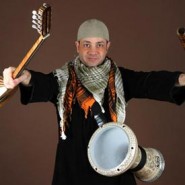