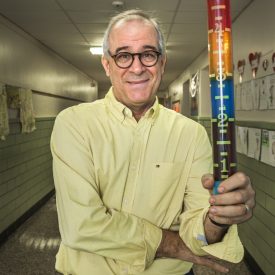 I’ve worked as a performer for young audiences for over 30 years and believe in performance as a powerful educational tool. All Box of Light/Rand Whipple assemblies are expressions of the idea that performance and education are both positive, active dialogs full of humor and active exploration. Every Box of Light/Rand Whipple audience is a performer in the day’s assembly.

Rand Whipple is the founder and director of Box of Light Digital Arts Studios. Over a forty year career, his work as a performer for young audiences has taken Whipple to eleven countries on four continents. Whipple has performed numerous times at the Smithsonian Institution’s Discovery Theatre, and his work has been presented on public television. As Director of Box of Light, NEPA (Northeastern PA), Whipple co-founded the Educational Animation Festival with WVIA Public Media in 2016. The festival is now in its second year and the partnership has expanded to produce the Sit Next To Me Film Festival in 2017. Sit Next To Me is a festival showcasing ﬁlms that explore diversity. In 2015, Whipple served as a media arts mentor in the National Coalition for Core Arts Standards’ 2014-2015 Model Cornerstone Assessment Pilot Project.

For the past 30 years, Whipple has been a teaching artist in the PCA’s Art In Education program. He has conducted over 75 residencies across Pennsylvania in schools, art centers, prisons, and early learning centers. In 2001, Whipple founded of Box Of Light Digital Arts Studio. Beginning as a small studio from a small storefront in Danville, Pennsylvania, Box Of Light is now an organization that works with teachers and students across the state.

From 1990-2008, Whipple created and toured physical and image based theatre pieces throughout the Northeastern U.S. International performances also took place in Africa, Japan, Scotland, and Mexico. From 1982 to the present, Whipple has toured educational assembly programs to schools throughout the Northeastern United States. To date, he has performed over 2,500 programs for over half a million students. Whipple is one of the founding members of the Bloomsburg Theatre Ensemble, a theatre company begun in 1978. Whipple attended Northwestern University from 1973-77 and received the NU School of Speech’s Award of Excellence in 1977.

This program was FANTASTIC! I received so many accolades from staff members about the presenter who interacted so very well with our special needs population. 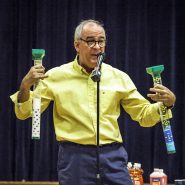 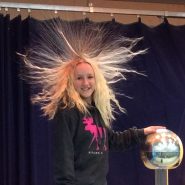 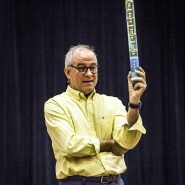