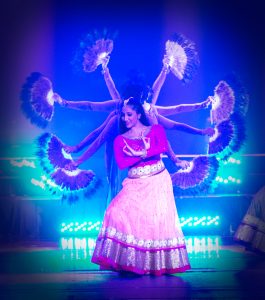 AATMA Performing Arts prides itself on its unique position to preserve Indian culture, fostering its expression in the context of American communities. As a dance troupe and school, it remains dedicated to this mission, creating a brilliant fusion of the Eastern and Western worlds while influencing others around the world to do the same.

AATMA PERFORMING ARTS is an award-winning dance company that stands at the unique intersection of traditional Indian performance and modern movement. Founded by Amit Shah, the organization is an outgrowth of the experiences of Indian-Americans who have found a delicate balance in fusing Indian classical and folk dance with Western disciplines. As a pioneer in this field, AATMA has received international acclaim and media attention in North America, Europe, Africa, and Asia—and is the first U.S.-based Indian dance company to do so on such a large scale. Epitomized in praise from Bollywood icon Farah Khan—“their choreography is even better than the film”—AATMA blends the colorful experiences of the Indian diaspora to create products coined as “visually grand and dynamic” and “a kaleidoscope of colour and beauty” by The New York Times, The Star Ledger, and various global publications.

The organic nature of the company has spread to a bi-coastal presence in New Jersey, New York, and Los Angeles, while attracting collaboration with Bollywood titans from abroad: Priyanka Chopra, Deepika Padukone, John Abraham, and Genelia D’Souza. Featured on worldwide media networks for their award-winning pieces, AATMA has likewise made its presence known in the United States, opening for Carrie Underwood and headlining performances for Fortune 100 companies (notably, General Electric, MasterCard, Bank of America, PepsiCo, BravoTV, and MTV).

AATMA’s popularity and talent led the company to begin in 2011 its most ambitious project to date, the first U.S.-based international Indian dance spectacle, Mystic India: The World Tour. As a thorough exploration of the evolution of Indian dance, from its rural roots to modern Bollywood cinema, the show is a manifestation of the heart of AATMA: to provide the world with a connection to the passionate, constantly evolving art form that inspired the company’s beginning. Since its inception, the production has sold out hundreds of venues throughout four continents, and has been seen by over 300,000 audience members in the past year alone. Leaving its mark worldwide, Mystic India: The World Tour has been well-received by people of all backgrounds, and was voted “The Must-See Show of the Season” in 2013 by City and Shore magazine.

Ever striving to do and be more, AATMA Performing Arts established a dance school early in its existence. The institution prioritizes giving its students a well-rounded education in Indian and American culture through dance, building on the various specialties of its growing company. From client performances to competitions, students are given platforms to perform at a professional level. Mirroring the professional company’s successes, AATMA students have placed first at Naya Andaz in 2010 and 2012, first at Dance Pe Chance in 2013, and second at Dance Pe Chance in 2014. A testament to the powerful draw of AATMA, many students have become active contributors to the organization, marking the school’s east coast presence with longevity, consistency, and endless growth.