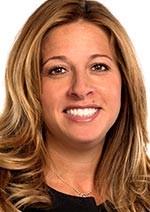 Jeannine Cimino is a Senior Vice President and Regional Leader at Berkshire Bank and is a graduate of Brooklyn College. She is the Chairman of the Board for the Mid Jersey Chamber of Commerce as well as the Chairman of the Board for Ryan’s Quest, which is a non-profit that’s mission is to raise awareness of Duchenne muscular dystrophy with the purpose of allocating funds for research.  Jeannine is also actively involved in various committees of the Hamilton Area YMCA and serves as the Treasurer for the St. Gregory the Great Academy PTA.

Jeannine has been recognized as a Woman of Distinction by the Girl Scouts of Central and Southern New Jersey and she was awarded the Young Professional of the Year by Robert Wood Johnson University Hospital at Hamilton in 2011. She resides in Hamilton with her husband, John, and their two children AJ & Emma.

“I work hard to set a good example for my children by making it a priority to give back to my community and support causes that I care deeply about. I feel very lucky that I was able to take dance lessons throughout my childhood and I am looking forward to putting my dancing shoes back on to support Young Audiences so ALL children can experience the arts.” 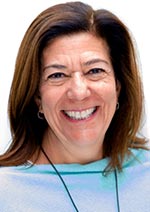 Carol Golden is an attorney by training and a mother who has made community service her career. While raising her two sons, she has been committed to using her skills and energy to volunteer for several non-profit organizations in the Princeton area and to try to improve the lives of her neighbors. Carol currently serves as the Chair of Housing Initiatives of Princeton (HIP), an organization that fights homelessness by providing transitional housing and emergency rental assistance to families in the Princeton area. Through her work with the Joint Consolidation Commission and the Affordable Housing Board of Princeton, Carol has learned and understands about the needs of those in our community who may need a helping hand to be able to thrive here.

Carol recently became the Chair of the Board of Trustees of Mercer County Community College. For many years, Carol was on the Board of Planned Parenthood of Northern, Central, and Southern New Jersey (PPNCSNJ) and is committed to the mission of ensuring quality healthcare to the women of New Jersey. She served as co-chair of the Board of 101: (formerly the Princeton Regional Scholarship Foundation), which awards scholarships to graduates of Princeton High School (PHS) who need financial assistance to go to college.

“I decided to participate in YA’s Dazzle Mad Hot Ballroom because I wanted to something completely outside my comfort zone while sill contributing to my community in a meaningful way. I’m nervous and excited to start my dancing career!” 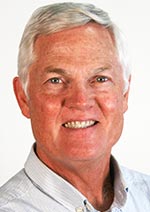 Tom Sullivan is the owner and CEO of Princeton Partners, a brand marketing and digital advertising agency that helps clients in financial services, healthcare and education to improve lives by advancing financial, physical-emotional well-being and lifelong learning.  He is also the founder of the Princeton Innovators Guild and an education company called Activity Works which creates and brings curricula-based, classroom brain break to tens of thousands of elementary kids so they can learn while moving.

Tom has used Princeton Partners to advance the cause of non-profits in New Jersey on a pro bono basis. He has served in leadership roles on the boards of non-profit organizations including The Princeton Regional Chamber of Commerce, Susan G. Komen of Central and Southern New Jersey and The College of New Jersey Alumni Association. When serving as chairman of the board of Special Olympics, he helped the organization achieve unanimous board support to build a sports complex that would provide leadership and innovation in service to athletes with mental disabilities. Tom was a founding board member of the Mercer Alliance to End Homelessness and spearheaded the development of its ten-year plan with a focus on ending family homelessness. He served as the marketing chair for the Boys & Girls Club of Trenton and Mercer County which resulted in the new Lawrenceville campus and the expansion of the Trenton facility more than doubling capacity.

Tom and his wife Jan live in Newtown, PA and enjoy traveling and keeping up with their four children, their spouses, and seven grandchildren who span from New York to Seattle.

“I love Young Audiences because they open eyes, bring joy and inspire thousands of students to embrace the arts and each other. Isn’t that what we all need?” 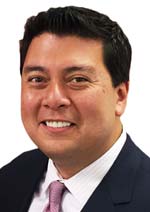 Prior to joining the Community Foundation, Mr. Vega served as President of New Brunswick Tomorrow, a private, non-profit organization established 40 years ago to revitalize the City of New Brunswick. The organization fosters public/private partnerships to improve the quality of life in New Brunswick. Mr. Vega joined the organization in 1993 and served as its President from 2000 to 2014. During his tenure, NBT raised funds and worked to find solutions to issues affecting youth, including gangs, truancy and lack of employment. The organization helped create before- and after-school and summer recreational programs in the city. In addition, NBT also spearheaded health and neighborhood revitalization initiatives.

In 1991, he was awarded a fellowship to study public policy at Eagleton Institute of Politics at Rutgers, The State University of New Jersey, where he earned his Master’s Degree. For his undergraduate studies, Mr. Vega went to Cook College. He completed three majors — Urban Studies, Human Ecology, and International Environmental Studies — to earn his Bachelor’s Degrees.

Mr. Vega serves on the Boards of Center for Nonprofits, LeadNJ, and the Council of New Jersey Grantmakers. He is also a member of the Robert Wood Johnson Foundation’s National Advisory Council for the New Jersey Health Initiatives.

Mr. Vega has been honored and recognized for his work by various nonprofit and faith-based organizations and government agencies. A resident of Monroe Township, NJ, he is married to Angela Klizos and they have a young son, Nico.

“At the Community Foundation, we are working to ensure that All Kids Thrive, and through my work, I’ve had the chance to see how YA partners with schools to make arts education accessible to all students. The arts play a vital role in enriching young lives, which is why I proudly will dance for the arts at Dazzle.”