Artists
Bee True to You 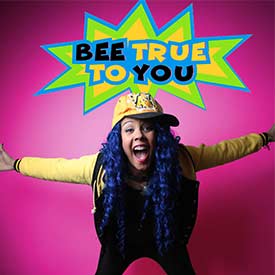 Bee True to You

For me, when I learned and discovered I had the ability to sing, I began to turn to music, as music always made everything 100 times better. It was my only true escape from the negative thoughts that surrounded me. I knew at a young age I was given the talent of music for a reason and it only made sense for me to use music to help others, like me. That one day I would find my own place and voice in this world and I could make a difference.

Ashley Tobias, Tobi, is a professional singer, known for her electric performances and her ability to create music that is both expressive and entertaining. Her recent credits to date include backup vocals for the Infamous Andy Grammer and Rachel Platten, making several appearances on Good Morning America, VH1’S- You Oughta Know Concert and the Today Show.

In November 2015, Ashley released her first single, “Warrior of Love,” produced, mixed, and co-written by Daniel Jakubovic. Her work is epic in scale and grand in style, seeking to tell a story that demands to be heard. She is accompanied by a variety of synthesizers, orchestral pieces, and harmonies, creating a sound that is distinctly hers.

Ashley grew up in New Jersey, and from a young age, she was devoted to dancing, singing, and theater.  She has said that, “Growing up I felt like an outcast. Adopted at birth, I always felt unsure of where I belonged or where exactly I fit in because I looked “different”. My hair was extremely curly, frizzy and my skin color was a darker shade than my adoptive parents– Making me a victim on multiple occasions of Bullying from my peers and classmates.”

In addition to her musical career Ashley is also the founder and CEO of Be True To You, an Interactive anti-bullying program that seeks to influence through the power of pop, rock, and education by “Taking the Sting- out of Bullying”. The program has garnered extremely positive reactions from parents and teachers alike, and Ashley is hard at work expanding its presence throughout schools. 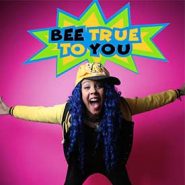 Bee True to You