YA STANDS FOR RACIAL JUSTICE 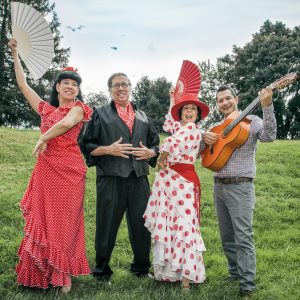 Through dances, drama, and music, Alborada's passionate artistry reveals the many diverse and historical threads that comprise the multicultural fabric of Spanish culture. Both entertaining and educational, the variety of its repertoire runs the artistic gamut from Spanish Gypsy Flamenco and traditional dances, to Hispanic, Celtic, and Moorish cultural influences and beyond.

Alborada Spanish Dance Theater was originally founded in 1965 by María Alba and is known to many aficionados as the greatest exponent of the seguiriya and many other Spanish dance drama pieces in the U.S. In 1980, the Company was revitalized under the direction of María and its current Director, Eva Lucena, who brought to the company a group of extraordinary new dancers and choreographers. Eva and María, before her passing in 1992, believed strongly in bringing a broad perspective of Spanish culture and traditions to the community. To this end, they have worked to set the Company apart from other Spanish dance companies by bringing to the stage dance dramas, such as El Amor Brujo, and dramatizations of the poetry of Federico García Lorca, as well as regional and traditional dances from all parts of Spain, such as jotas from Valencia and dances from Asturias and Galicia. Granada—the End, Eva’s original choreography dramatizing the death of García Lorca, was nominated for a National Endowment for the Arts dance award. Alborada’s embrace of all Spanish dance art forms enables its audience to experience the breathtaking richness and beauty of the culture in full context.

Alborada Dance...were phenomenal as performers and as teachers. Hands down—one of the best assemblies we've had!

Very lovely emphasis was placed on the sharing of cultures of Spanish speakers around the globe.

I can't say enough good things about the Alborada program! They did an upper school show that was perfectly tuned to the audience, and then a middle school program that was similar, but different enough appeal to the younger group. Lisa also did a workshop for 25 9th graders that was awesome! The kids had so much fun and learned a lot in a short period of time. Excellent work! 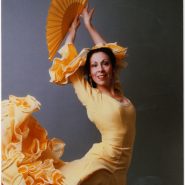 A Taste of Spain